I ended up choosing between TriSmile33.3 and Every Man’s Triathlon. The first one is more popular and has great reviews but also has a difficult bike track and is pretty expensive. The one I chose is 2 times cheaper, easier for cycling and is organised also by TriSmile club and was recommended to me by a commenter here on my blog.

Soon it’s time to start working more on cycling and swimming again. I haven’t cycled in ages (since last autumn – OMG!). Things are a little better with swimming but still: I don’t get at least 1 swim in per week. I will try to swim more and in also in natural environment like lakes, sea, rivers etc after my half-marathon is done. Right now my half-marathon goals come first but I still have some bike and swim action included in my 21,1K training to get myself slowly prepared for my tri as well.

I have about 4 weeks to really shape up my tri skills after Narva Energy Run 21,1K is done. Is that enough? I have also purchased a triathlon book which has a ton of training plans. I think I will use something from there when the time comes. 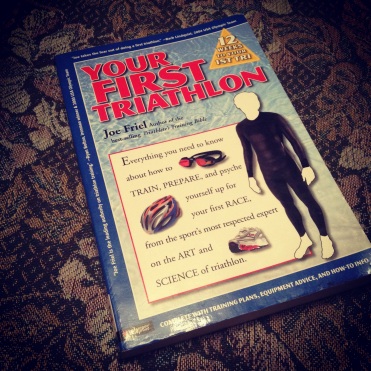